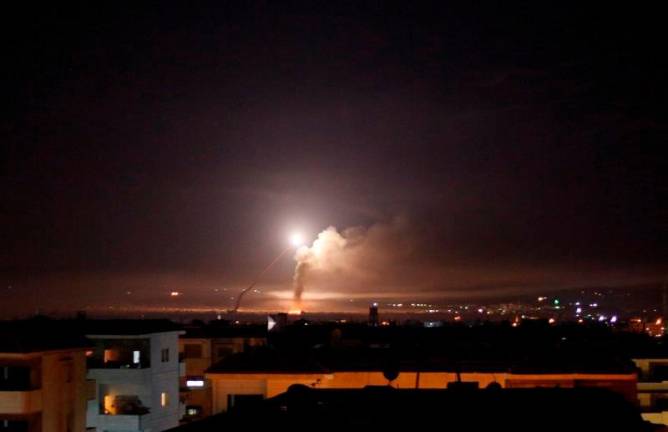 Just before midnight, the Israeli missile strike was launched from the Israeli-occupied Golan Heights, said SANA, citing a military source.

The exact targets of the strike have not been revealed yet.

The strike is the latest one among a series of attacks targeting military sites in Syria, including those of Iranian-backed militias.

On Nov. 18, Israel fired missiles on targets in southern Damascus, causing damage and casualties among Iranian-backed fighters and Syrian soldiers.

In recent years, Israel has carried out hundreds of airstrikes against Iranian-linked targets in Syria, as well as convoys transporting weapons to Hezbollah, a Lebanese militia allegedly backed by Iran.

Israel sees Iran as its arch-enemy and will not allow Iran to establish a permanent base in Syria.