World No.1 Barty suffers shock defeat in first round of Olympics 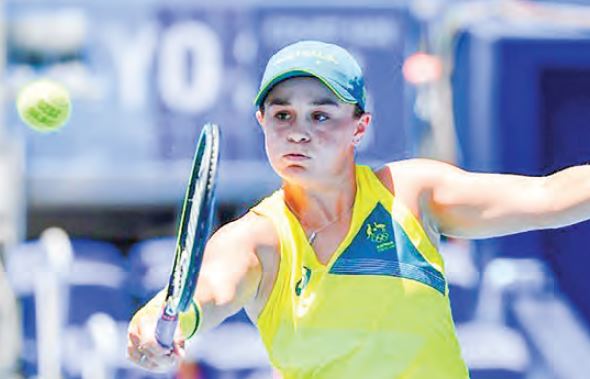 WORLD number one Ashleigh Barty crashed out of the Olympics women’s singles tennis tournament in the opening round on Sunday, losing 6-4, 6-3 to Spain’s Sara Sorribes Tormo. Barty, the reigning Wimbledon champion, dropped serve twice in each set and made 55 unforced errors compared to just 13 for her opponent.

“I’m disappointed I wasn’t able to get through today, it just wasn’t my day. Credit to Sara though, she is always a tough competitor,” said Barty, the first women’s top seed to lose in the first round at the Olympics.

“I never really felt comfortable out there and wasn’t able to play the match on my terms. The key to my game is serving well and I wasn’t able to do that today. I was a bit erratic and made too many errors.” “I felt like I had to be aggressive today and she made me press and overplay,” she added. Sorribes Tormo, ranked 48th, will go on to face France’s Fiona Ferro in the secondround. — AFP