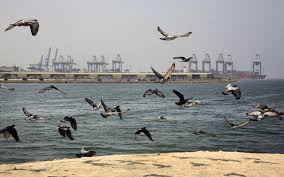 An explosion rocked a ship off Saudi Arabia's port city of Jeddah on the Red Sea, according to reports here on Monday.

Dryad Global, a maritime intelligence firm, reported on its website that the explosion occurred on an oil tanker at 2211 GMT on Sunday.

"Reporting indicates that a vessel has experienced an explosion whilst carrying out operations within the main tanker anchorage at the Saudi Aramco Jeddah Port," the firm said.

Reports have not offered cause of the explosion.

The United Kingdom Marine Trade Operations, an organization under Britain's royal navy, urged ships in the area to exercise caution and said investigations were ongoing.